Nowadays, if you want to get around the Big Tech censorship gestapo, you have to disguise your message with misspellings, partially-block letters, or something like this:

THIS is what the left is losing their crap about....... 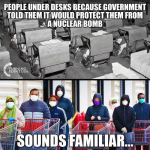 https://twitter.com/i/web/status/1290135792027750403
This woman is awesome!
“The whole aim of practical politics is to keep the populace alarmed - and hence clamorous to be led to safety - by an endless series of hobgoblins, most of them imaginary.”
- H.L. Mencken

If you don't know where you're going,
Any road will take you there
- George Harrison

backlash said:
...getting rid of the dish and just having an antenna for local stations. I will save $145 a month.
Click to expand...

Every time I mention terminating satellite TV the wife would throw a fit. Now if she actual watch the TV instead turning it on then go outside to feed cats, etc. I would mind as much.

I solved the problem by asking her if me paying $$ a month for satellite TV was worth it?

"YES" was her predictable answer.

"Then here." I handed her the monthly bill!

"No you don't have to, only if you want to keep it." She lasted two months both she decided it wasn't worth her money.
"If Not Me, Then Who..."

The Lazy L said:
... She lasted two months both she decided it wasn't worth her money.
Click to expand...

"Her" money and "my" money. Hmmm. Now there is a concept.

The Burg is over run with people from around the country, like every other summer. Covid rates in the whole county shot up right after memorial day and hasn't slowed down yet. We stay away until winter. And winter is not dead like it used to be. 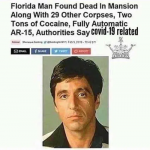