Haircuts... who does their own? LOL!!

Cut my own for years, on my second set of clippers. back trim is a hand mirror and the bathroom mirror, not bad with practice.

I will support and defend the Constitution of the United States against all enemies, foreign and domestic.

I started going bald in my late 30s. I said being married caused it. So, now I'm bald on top and back, but I still have the little clump left in the front and to me that's the worst possible outcome. So for the last 10 years I shave it all, or at least buzz it down to the skin. I use a Remington trimmer for that. I normally keep my beard year round too, or at least a goatee. It's not thick enough to just let it grow, it's pretty uneven if I don't trim it every 2 weeks. The trimmer has good attachments for keeping it neat...

I have written multiple times...

Ben
Jack of many trades, Master of some.

Haven't had hair on my head in 22 years, I had someone accuse me of combing over when I was 30. I went directly home and shaved my head. My wife cuts the boys hair and she has hers done professionally.

I started going thin a few years ago so I decided to just accept it and started buzzing my own head. Shaved it once but I didn't like the rubbery weird feeling so I just set the trimmer to the closest setting and use that.

As a plus, people seem to avoid a 6' skinhead for some reason.

Its sad though, because most of my life I had long hair. Always went for the barbarian hero look.

I’m a hardcore introvert, and a woman. A couple years ago I had back-to-back bad experiences with two separate professional stylists who were way too pushy with the small talk, and left me feeling like I’d just been interrogated with my hair as a hostage in case my responses were unsatisfactory. I decided it just wasn’t worth it. Ever since then, I just trim my own with my best fabric scissors when the ends start to split. My hair is long with a natural spiral curl, so I can just pull the ends around where I can see them to trim, even it up by feel, and not worry about it too much because the curl disguises the imperfections. I’m sure I end up trimming off more than a professional would need to, but I’m much happier being self sufficient with regards to my hair.

Just had my second "covid" haircut this morning.
Had hubby cut 6 inches off so its back up to the top of my shirt collar ( bob cut). I threw it out in the yard for the birds to use in their nests.
Thats how fast my hair grows in a year ( 6-8 inches) which is a pain. Its thick and heavy and annoying and hot.

I plan on cutting hubby's after lunch when its warmer

A buzz cut/ crew cut is easy.
Crabapple, Knowledge is power, Skill is trade, Experience is Priceless FAMILY: people will harvest the fruit of my labor.

Last year I cut most of mine off. I haven't been in asalon in decades.Hubby uses a dog trimmer on his and I trim the back. He hasn't been to a barber since we met,I was a beauty school dropout and cut the whole familys hair.

I guess I just cheaped out. I went to "Great Clips" and got it cut. $20, tip included. I pondered over the vacuum cleaner attachments ranging from around $100 to close to $300 and just got it done on one of my store outing trips.

Right now, I get a haircut about 3 times a year at most, maybe twice if I put it off a little. Don't know if that will change to become a smaller number as I get older or not. I had thought by now (pushin' 60) that I'd have "chrome dome syndrome". Most of the men in my family my age don't have much to cut anymore. And while it's not as thick on top and in the front as it used to be, it hasn't gone away. Bangs still are something I tend to cut when they start getting in my eyes, usually a month or so before I start thinking I need a haircut.

I know people often say, "just let your wife do it". I don't wanna, kinda for the same reason she doesn't drive my quad cab dually. It probably wouldn't be a dually afterward. Love my wife. And she's really good at some things. A barber isn't such a good match for her. Just sayin'.

Not to worry, I'll be mentally revisiting the topic in about 3 months. LOL!!

I was just thinking, it's time for a haircut. Mine is about a quarter inch long now...

I cut mine in the crew cut for 2 years in 1990's, daughter ask me to grow it out, so I did, but now I am old, no reason to keep it long, it is in the way.
I wish I could give every other hair to someone who wants it, it just too thick & unruly. You would think it would thin out or turn white by sixty years of age.
Crabapple, Knowledge is power, Skill is trade, Experience is Priceless FAMILY: people will harvest the fruit of my labor.

Spikedriver said:
I was just thinking, it's time for a haircut. Mine is about a quarter inch long now...

I have been debating getting a haircut as well. I measured and my hair is now 16 inches long. I am calling it COVID hair. I have been trimming the ends when I braid it. I think it is about a year and a half since my last professional cut.

I just let mine grow

joel said:
I wish I could give every other hair to someone who wants it,
Click to expand...

This is from a different post but is shows mine several weeks after a haircut, at least on top. I was gonna trim the beard and just haven't gotten it done yet. Usually, the hair cuttin' places don't wanna, and I don't generally like them messin' with the beard anyway.

The top stayed dark, mostly dark brown with some silver working its way in there. But the beard went gray quite a number of years ago. The gray used to trim out. It doesn't anymore. But it didn't turn white so I can't exactly pass for Santa Claus though occasionally, that subject does come up. Not as "rolly polly" as I used to be either since keto took about 100 pounds off of me. 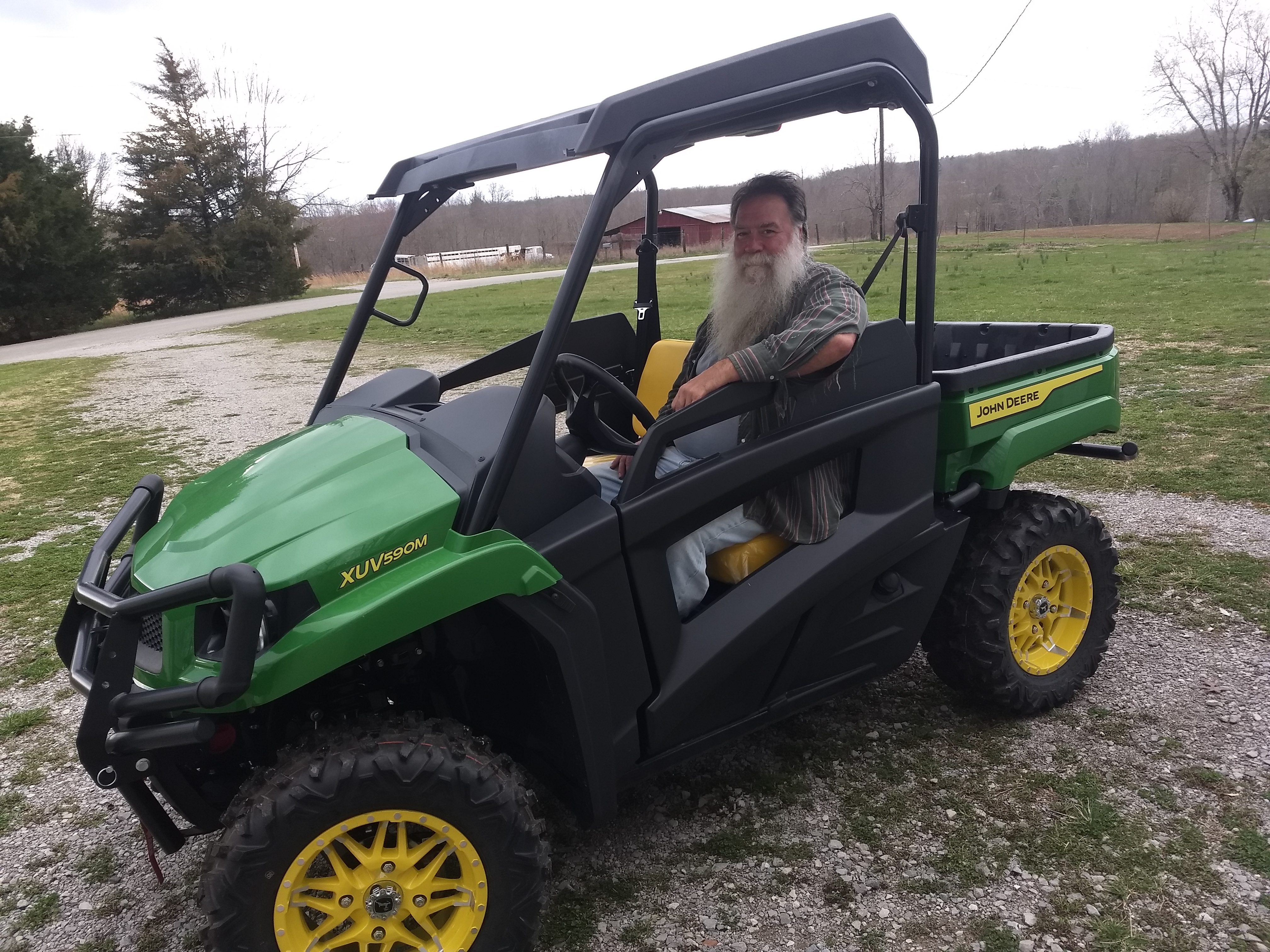