How Not to Get Overwhelmed By the COVID-19 Pandemic

How Not to Get Overwhelmed By the COVID-19 Pandemic
March 22, 2020 Off Grid Survival OFFGRID Survival News, Prepper News: Threat Reports and Preparedness News 5 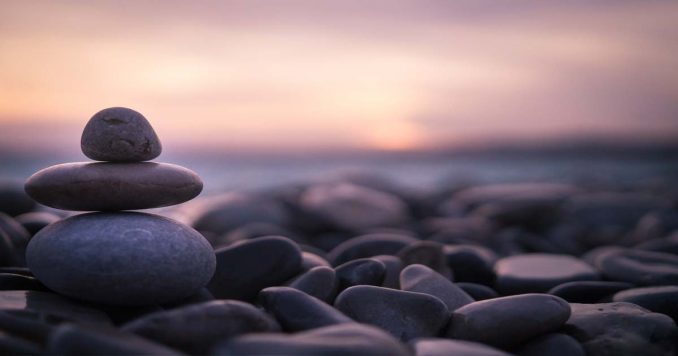 First, I advise you to turn off the T.V. for a while and read our article on how the media is in our opinion purposely trying to insight fear and hysteria; take a look at the actual numbers and your actual chances of becoming infected.
Second, if you must look at the news, try to have a dedicated time once a day to update yourself on what’s going on and limit your exposure to the mainstream media who tends to blow everything out of proportion.
Remember, these people have no real interest in helping you; they are in it for the ratings and to push their bologna political ideologies – on both sides! Crisis after crisis they are get caught exaggerating things or downright lying so keep that in mind when listening to their dire warnings!
I’m not going to stray too far of course here, but I want to include this one video to put things into perspective when listening to the media. Keep in mind that what you are being presented on T.V. is not always reality. On T.V. they are showing you the reporter in full hazmat gear, but take a look at the cameraman (the guy they don’t show you).
Does the reporter really need to be in hazmat gear, or are they stocking hysteria and pushing an agenda? We are not downplaying the crisis; we are just simply pointing out that the media likes to push fear and hysteria and is routinely caught doing bologna like this during every crisis they cover.
Third, we wanted to give you a list of books and resources for dealing with anxiety, worry, fear, and stress during times of crisis.
The Top Books on Anxiety, Worry, and Fear
I know most bookstores are probably closed, but many of these books will still be available for shipment on Amazon or as a download on the Kindle App. The last book on the list comes as a recommendation from numerous readers on this site (I have not read it myself, but a lot of people have said it helps), but the first two, I have personally read and I can tell you there are no better books out there on the subject.
The thing I like about the first two books is that they have stood the test of time and include stories and strategies that are applicable to the current situation that we all find ourselves in.
Our Top Articles on Stress during Times of Crisis:

How Not to Get Overwhelmed By the COVID-19 Pandemic

A list of resources for dealing with anxiety, worry, fear, and stress during times of crisis.
offgridsurvival.com
He that wandereth out of the way of understanding, shall remain in the congregation of the dead. P21:16

Start Working Out: Preferably with a Workout Routine
When it comes to relieving stress, working out is scientifically proven to help your body, your metabolism, your heart, and most importantly right now: your spirits! The mental benefits of exercise are numerous, and from a medical standpoint we know that exercise lowers levels of the body’s stress hormones, such as adrenaline and cortisol. It can also release your body’s natural painkillers and mood elevators.
While any workout can help relieve stress, during times of crisis it’s even more important to have a routine. Routine and schedule are two things that can make you feel normal when everything else feels like it’s spinning out of control.
Don’t Take Entertainment for Granted
During times of crisis, it’s important to keep our minds fresh and our attitudes positive. Take this time to enjoy your family, catch up with friends online, blast your favorite music, or binge-watch those shows that you couldn’t watch when you were busy with work.

Another bump, just because. We don't want to get overwhelmed, or more overwhelmed than we already are!

Funny thing...
I'm not worried, or have anxiety.

Probably shouldn't say this , but I'm in my ...
Element.
I grew up like this ...
Except now I'm not digging , fighting day to day for survival , as we did when I was a kid.

Sentry18 said:
Another bump, just because. We don't want to get overwhelmed, or more overwhelmed than we already are!

Exactly. I was watching the news crawl on the bottom of Fox News today.
They were talking about the new case of Covid in Syria.
For those of you that don't know, Syria is a bombed-out pile of rubble from years of civil war.
The majority of citizens fled the country over a year ago. Nobody gives a

anymore.
They now have 1, (ONE) confirmed case in whats left of the country

.
They are good friends with Iran, SURPRISE!
How is this supposed to be relevant to us unless someone still has a Syria agenda that just won't die?
Or... maybe they are running low on panic material to throw in our faces?

....Knew we'd need those face-masks for something.

The #1 best way to keep your sanity during this time is to TURN OFF THE TV (especially the constant news) and listen to music! Try it. It works!

I also walk the pups daily if the weather cooperates. That is always a nice reprieve for both me and the pups I can hear new birds almost daily now. Getting outdoors is a huge stress reducer.

I also make a list of things I want to accomplish for the day and dig in! The music in the background helps with motivation and enjoyment.

I don't always get the whole list done, but it does help to have some direction.

angie_nrs said:
The #1 best way to keep your sanity during this time is to TURN OFF THE TV (especially the constant news) and listen to music! Try it. It works!

I also walk the pups daily if the weather cooperates. That is always a nice reprieve for both me and the pups I can hear new birds almost daily now. Getting outdoors is a huge stress reducer.

I also make a list of things I want to accomplish for the day and dig in! The music in the background helps with motivation and enjoyment.

I don't always get the whole list done, but it does help to have some direction.
Click to expand...

I was going to make a thread titled:
How To Maintain Good Mental Hygiene In The Shelter
This little exercise lately is so much nicer than if we were really locked in with nuclear fallout for weeks.
Back in the 60's they did tests and found out that it was much more important than they thought.
Some tests had to be halted to prevent injury.
Unfortunately, all of the instructions for shelters are out of date now.
Your suggestions, news-break: #1 and music-on: #3 on my list.
Last edited: Mar 24, 2020

Don't squat with yer spurs on

I'm not so worried about the virus itself, except for family members that are nurses working directly with severe cases right now. And I'm worried about all of this government overreach.

Everything else, well we are all good to go on the farm.

I've been watching the news.the best thing about it.is im watching hoda and jena.they show game's and other things of everyday enjoyment. Especially for those with children.they also show diff comfort drink's and foods for those thats quarantine or what ever.their making smoothies right now.

Redhorse said:
Everything else, well we are all good to go on the farm.
Click to expand...

Mother nature and critters will certainly keep you grounded. They both have a knack for making the mental stress go away. Plus, if you get kicked by a horse or cow, you really aren't thnking too much about anything else. LOL! Well, as long as they don't kick too hard.

angie_nrs said:
So what's your #2?
Lemme guess.......alcohol, sex, connecting with mother nature, connecting with pets, reading books, picking up a new hobby.....any of those?
Click to expand...

You guessed it, #2: books! We forget that we can get absorbed in a good book for hours.
It lets you transport your brain somewhere else into a different existence, like a good movie.
Your current surroundings disappear.

I am going to start counting guns. Will let you know in June or so how it turns out.

I think you made a mistake. Go back and count again.

Nope! I counted both 25 pound bags 3 times and I was either given too many in one bag or too few in the other. I am thinking I got more - so I'm not going to complain.
"No free man shall ever be debarred the use of arms." - Thomas Jefferson, Virginia Constitution, Draft 1, 1776

Thankfully I don't have kids at home so this is like a stay-cation for me. I'm also using it as a test to see how prepared I really am. So far, so good.....

I have projects that I have been ignoring for a while. Hubs has been just as busy (if not busier) than before, so he's rarely home. So, I'm taking the time to organize and do some deep cleaning. I have a ton of files to go thru and weed out papers I no longer need. I have clothes drawers that are full, and need to be reduced. As I do that, I can make rags of the clothes that aren't good enough to sell or donate. I have closets to gut out and organize......still procrastinating on that. LOL! I have kitchen cabinets that need to be cleaned out and wiped down. I need to toss or donate the dishes/cups/pots-n-pans/containers, etc. that we no longer use. In essense, I'm using this time to reduce the clutter and tackle the dust bunnies. If I can get this all done, which I doubt I will, I might have to have a garage sale this spring. So, this actually could be a money making time for me. I find it most helpful to tackle one room at a time and one drawer or cabinet at a time.....starting at one end and working my way down to the other until complete.

Being overwhelmed is a state of mind. Fear can consume you if you let it. Instead of being fearful, I prefer to DO something to keep myself distracted and productive. Sitting here and worrying does zero good, and can actually damage the immune system due to the stress. I look at this time as an opportunity to get some things done and maybe have a little fun too.

It helps me to do something positive--like gardening, or as Angie said, organize and them maybe have a yard sale and make money. Something that will make things better for me when we come out the other end (if we do) of this test!
Where are we going and why are we in a handbasket?
Share:
Facebook Twitter Reddit Pinterest Tumblr WhatsApp Email Link