Many Elected Officials in Washington, DC have sold off stocks, creating the Stock Market decline

So many stories are out there about so many of them, probably all of them. I could link the stories, but which ones? This is on both sides of the aisle, Dumbs and Repubs. They sure took care of themselves and gave the rest of the world the middle finger in the process. Is there any integrity with these people?

Quote and link the stories that irritate you the most. I'm not going to unless I find one that particularly irritates me. I am only looking at headlines now.

I bet Switzerlands happy! More money in the Swiss banks.

I wonder if all the bunkers in Switzerland will protect them from Covid-19. Each citizen is required to have a bunker.

Weedygarden said:
I wonder if all the bunkers in Switzerland will protect them from Covid-19. Each citizen is required to have a bunker.
Click to expand...

Thats a two edged sword sometimes. Put the socialist rats in their on holes they dug for themselves.
They Swiss are some real pagsn wierdos " CERN'.

The gov is now buying their own bonds to keep numbers up.
You shall......gnarfle the garthok!!!

A new report claims that the chairman of the Senate Intelligence Committee sold more a million dollars in stocks in mid-February after learning how devastating the coronavirus could be. 'Tucker Carlson Tonight' will have more on the story on Friday.
Sen. Kelly Loeffler, R-Ga., has become the second lawmaker to have reportedly sold stock weeks before the coronavirus outbreak triggered a stock market downfall.
The Daily Beast reported Thursday that Loeffler sold stock that was owned by her and her husband on Jan. 24, the same day she sat in on a closed-door coronavirus briefing as a member of the Senate Health Committee with the Trump administration, with Dr. Anthonly Fauci in attendance.
According to the report, she sold stock in Resideo Technologies "worth between $50,001 and $100,000." The company's stock price "has fallen by more than half" since January.
In addition, 27 out of 29 transactions in February by her and her husband were sales. One stock purchase was in a company called Citrix, a teleworking software company, and was worth between $100,000 and $250,000. The company's stock, as The Daily Beast noted, had seen a bump since the virus outbreak grew.

The report also claims Loeffler and her husband sold jointly-owned stock worth between $1,275,000 and $3,100,000 during the Jan. 24-Feb. 14 timespan, according to filed transactions.
Her husband, Jeffrey Sprecher, is chairman of the New York Stock Exchange.
Loeffler slammed the "ridiculous and baseless attack" in a pair of late-night tweets.
"This is a ridiculous and baseless attack. I do not make investment decisions for my portfolio. Investment decisions are made by multiple third-party advisors without my or my husband's knowledge or involvement," Loeffler wrote. "As confirmed in the periodic transaction report to Senate Ethics, I was informed of these purchases and sales on February 16, 2020 — three weeks after they were made." 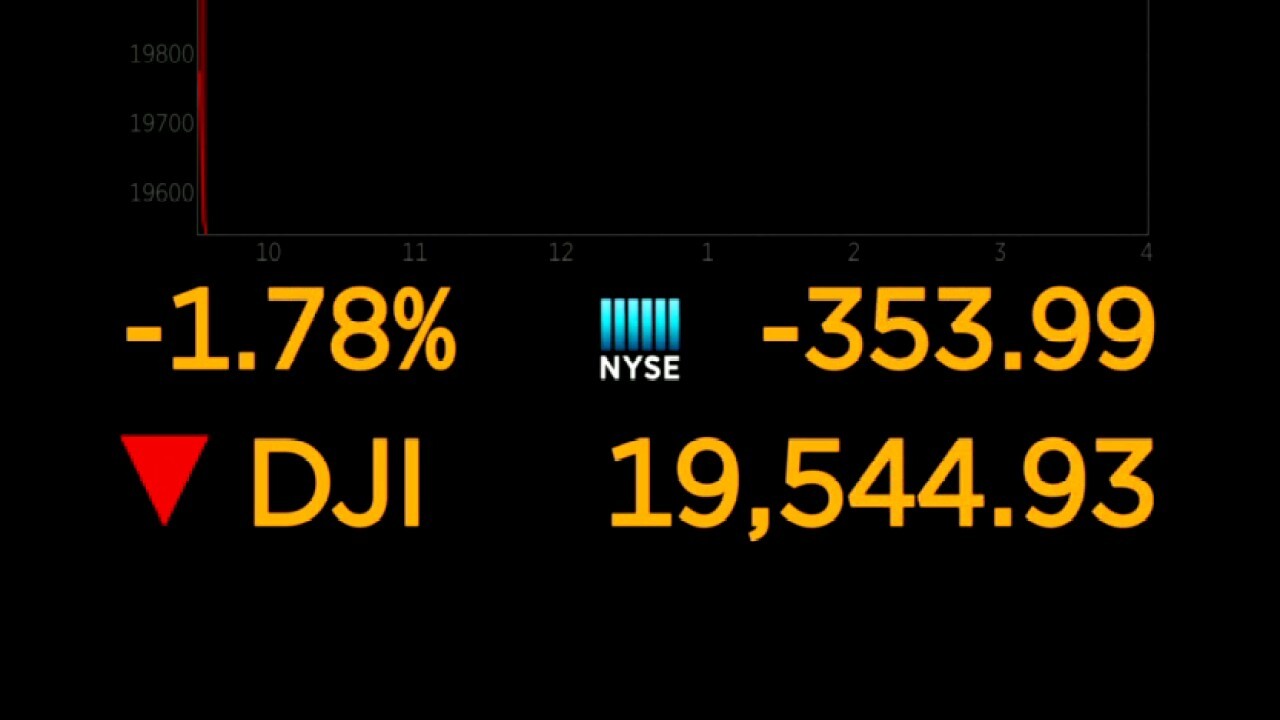 Loeffler isn't the only GOP senator who sold stock before the market tanked this month. According to ProPublica, Senate Intelligence Committee Chairman Richard Burr, R-N.C., "sold off a significant percentage of his stocks, unloading between $582,029 and $1.56 million of his holdings on Feb. 13" in 29 separate transactions in filings listed in the U.S. Senate Financial Disclosures website as he was regularly being briefed on the rising threat of the virus.
A spokesperson for Burr told Fox News, "Senator Burr filed a financial disclosure form for personal transactions made several weeks before the U.S. and financial markets showed signs of volatility due to the growing coronavirus outbreak. As the situation continues to evolve daily, he has been deeply concerned by the steep and sudden toll this pandemic is taking on our economy. He supported Congress’ immediate efforts to provide $7.8 billion for response efforts and this week’s bipartisan bill to provide relief for American business and small families.”
Click to expand...

www.foxnews.com
He that wandereth out of the way of understanding, shall remain in the congregation of the dead. P21:16

Both rebub's? This sounds like a deep state set up to tilt the senate. As long as the proper paper work is done and control of stock assets turned over to 3rd party control they are in the clear. That only leaves a smear campaign against the two to try to tilt N Georgia and North Carolina. I thinks me smells a rat that rhymes with DNC.
Timeo Danaos et dona ferentes

CrackbottomLouis said:
The gov is now buying their own bonds to keep numbers up.
Click to expand...

Kay sera sera! is all I can say about all the things going on now CrackB.

I guess I don't care because we all have bigger fish to fry right now.
Just waiting patiently for TEOTWAWKI

If memory serves, it used to be legal for Congress to use insider information that was illegal for the rest of us. Then it was made illegal for Congress. But shortly after, they quietly made it legal again. So while what these vermin did is ethically reprehensible, it may not be illegal. After all, they make the laws.

bkt said:
If memory serves, it used to be legal for Congress to use insider information that was illegal for the rest of us. Then it was made illegal for Congress. But shortly after, they quietly made it legal again. So while what these vermin did is ethically reprehensible, it may not be illegal. After all, they make the laws.
Click to expand...

That is why nobody is talking about them going to jail. The very worst that can happen is that they do not get re-elected.
And that is another reason that I don't care about this.
Just waiting patiently for TEOTWAWKI
J

Congress is not on the inside, so it is not insider tradeing.

Word of the legendary investor's $500 million purchase in the nation's second-largest grocer sent the company's stock soaring in after-market trading late Friday. The New York Stock Exchange is closed for Presidents' Day, but Kroger shares are up nearly 6% to $29.88 in extended-hours trading.

Word of the legendary investor's $500 million purchase in the nation's second-largest grocer sent the company's stock soaring in after-market trading.

This man does not guess, he watches & moves, he saw this coming, a lot of big stock dropped, but the food gaint who produces most of their market good is a safe bet. Big companties are dropping, but Kroger's Beans & rice department are running 24/7 the fill the empy shelves in their stores nation wide & their stocks went up from $23.00 in Jan. to $31.30 today.
Google is down $400.00, anyone got $100,000. they can spare the stack will go back up.
Crabapple, Knowledge is power, Skill is trade, Experience is Priceless FAMILY: people will harvest the fruit of my labor.
Share:
Facebook Twitter Reddit Pinterest Tumblr WhatsApp Email Link