New Test Announced Could Determine If People Were Already Infected With Coronavirus And Are Now Immune
By Joseph CurlDailyWire.com 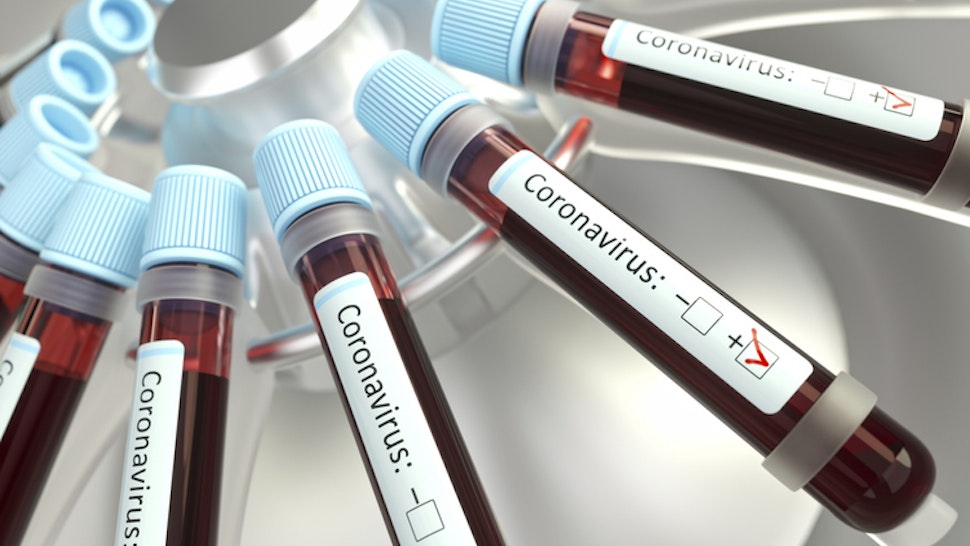 KTSDESIGN/SCIENCE PHOTO LIBRARY / Getty Images
Facebook
Twitter
Mail
A microbiology lab has announced the development of a new test – the first in the U.S. – to detect if someone has already been infected with the coronavirus SARS-CoV-2 and are thus immune and can return to work.

The lab at the Icahn School of Medicine at Mount Sinai, led by Dr. Florian Krammer, says it is now rushing to distribute key ingredients for the tests to other organizations and share the testing procedure.
“Ultimately, this [antibody test] might help us figure out who can get the country back to normal,” Florian Krammer, a professor in vaccinology at Mount Sinai’s Icahn School of Medicine, told Reuters. “People who are immune could be the first people to go back to normal life and start everything up again.”
Other labs are also working on similar tests, according to Reuters:

Several academic laboratories and medical companies are rushing to produce these blood tests, which can quickly identify disease-fighting antibodies in people who already have been infected but may have had mild symptoms or none at all. This is different from the current, sometimes hard-to-come-by diagnostic tests that draw on a nasal swab to confirm active infection.
Click to expand...

Leapsmag spoke with Daniel Stadlbauer, a post-doctoral fellow in the lab who helped lead the work, who explained how the test works.
“People coming to the hospital who are suspected to have infection with coronavirus, their blood gets taken routinely. This blood can be used for our test, too. The test will tell you if this person has antibodies against coronavirus. You can also test the blood of people who are not currently sick to see if this person was infected, say, a month ago. If there are antibodies in the blood, you can say this person is probably immune to getting it again,” Stadlbauer said.
“It will be essential workers who need to be tested first, like nurses, firefighters, and doctors,” Stadlbauer continued. “It will be great to know that they would not put themselves or others at risk by going back to work because they cannot spread the disease.”
The U.S. Food and Drug Administration on Tuesday said that it is expediting a new process, called blood plasma treatment, for patients seriously ill with COVID-19. The FDA said in a news release that it is “facilitating access” for patients with “life threatening infections to blood plasma taken from a person who recovered after once testing positive for the virus,” CNN reports.

The process, known as plasma-derived therapy or “convalescent plasma,” involves doctors testing the plasma of people who recovered for antibodies to the virus and then injecting that plasma, or a derivative of it, into the sick person.
Click to expand...

New York Gov. Andrew Cuomo said his state is also pursuing new modes of testing people’s blood to find out if they have antibodies and immunity to coronavirus.
“That would be very important for us to know because then healthcare workers that could go back to work, there are workers that could return back to the private sector,” Cuomo said Wednesday.

The new tests don’t face the same stringent set of guidelines laid out by the FDA, which relaxed its rules last month. Body-fluid tests can proceed to market without full agency review and approval.

A microbiology lab has announced the development of a new test – the first in the U.S. – to detect if someone has already been infected with the coronavirus SARS-CoV-2 and are thus immune and can return to work. The lab at the Icahn School of Medicine at Mount Sinai, led by Dr. Florian Krammer, […]

www.dailywire.com
He that wandereth out of the way of understanding, shall remain in the congregation of the dead. P21:16

This would be a great way to accelerate our national recovery. I'll be keeping a close eye on this.