The Shaman of suburbia.

Location
Somewhere over here to the south.

twenty years out of date. 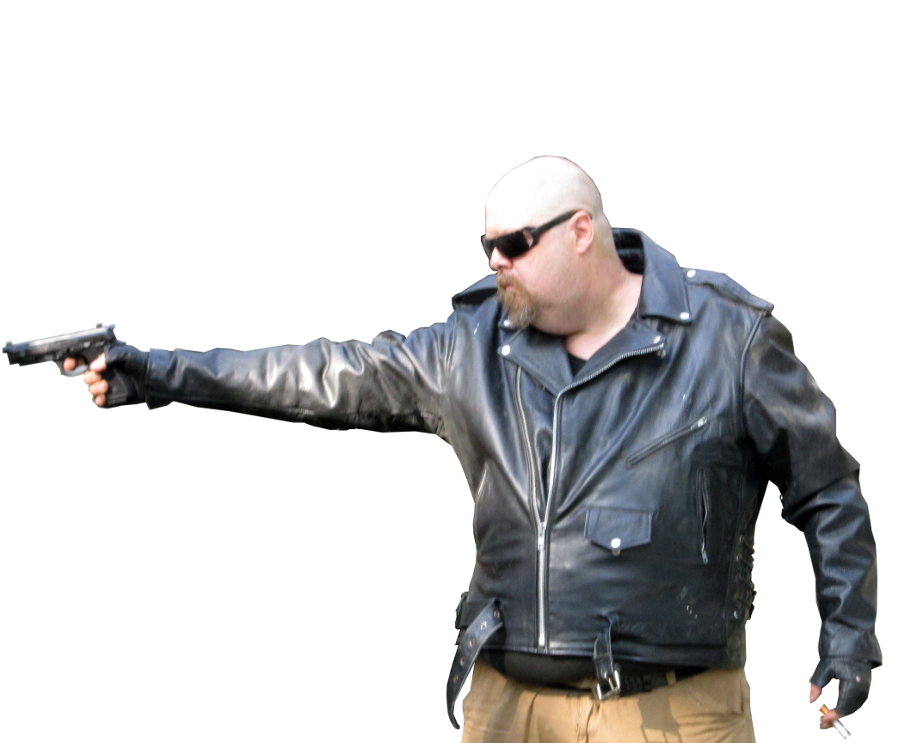 My aggravation is like a fine scotch, it mellows with age.
as old as I am, caring what the world thinks wastes my time.
Let's Go Brandon!

The Shaman of suburbia.

Location
Somewhere over here to the south.

big as life and twice as ugly.
My aggravation is like a fine scotch, it mellows with age.
as old as I am, caring what the world thinks wastes my time.
Let's Go Brandon!

For a second I thought someone took a picture of me before I started Keto.... 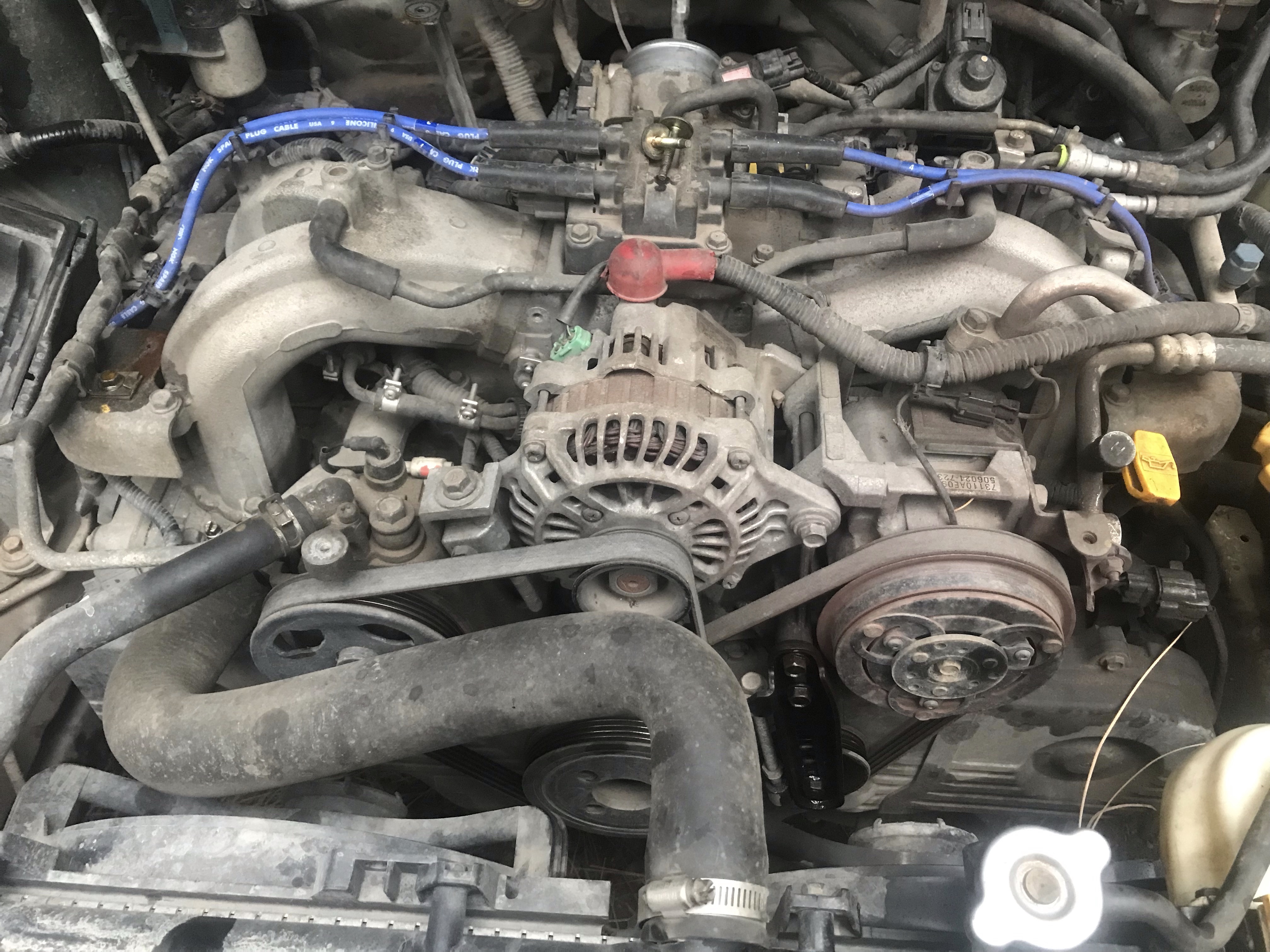 Finally started working on my wife's car. I've been putting it off for the last couple of months.

Today's before and afters: 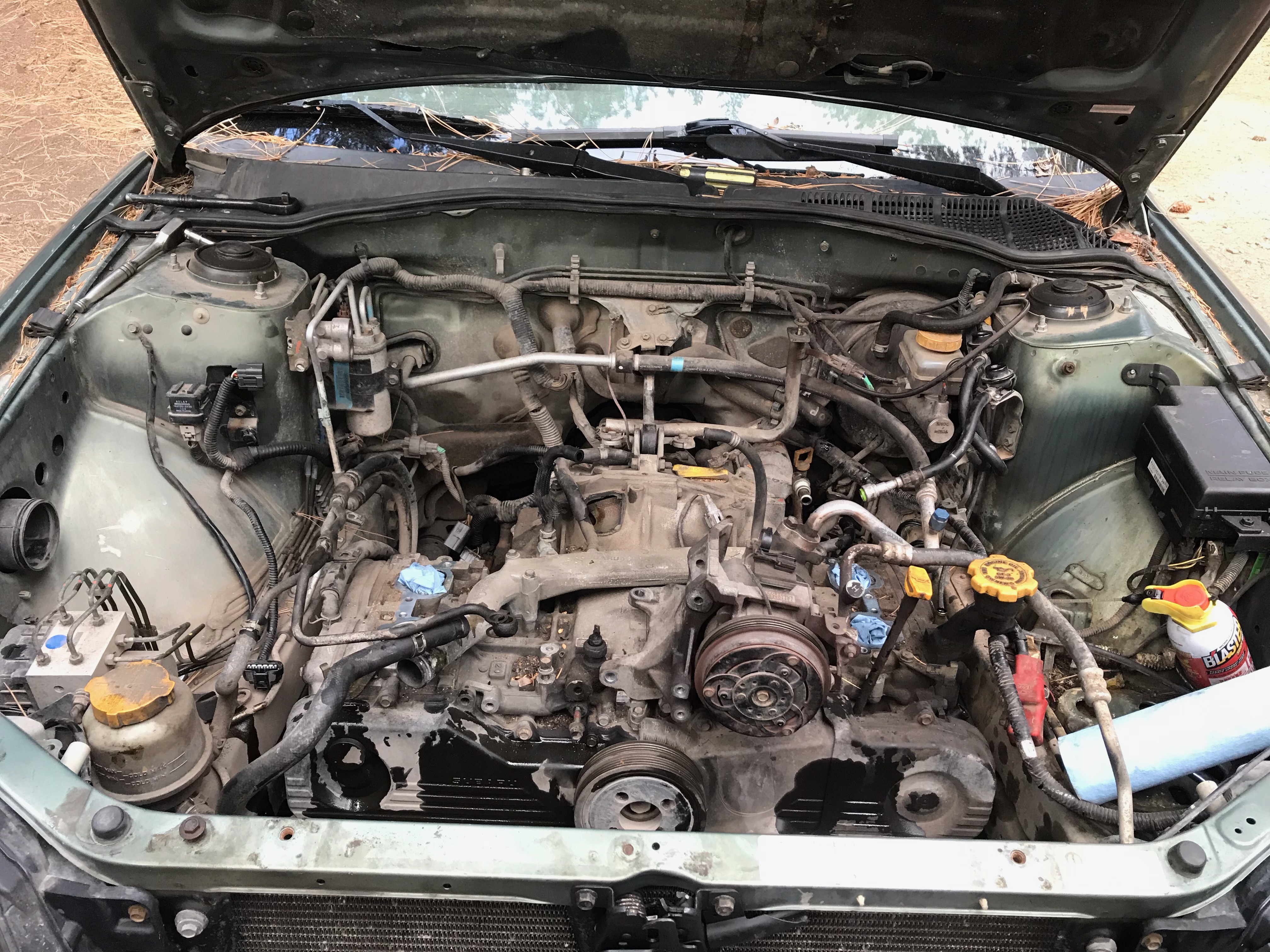 Looks good, these days I photo my work for a different reason. If life happens and I can't get back to a project for a few days its a nice reminder of how I took it apart. It's helped me re-assemble gear on more than one occasion. Is that one of your subaru's?

Honey? Where'd you put the hotdogs? 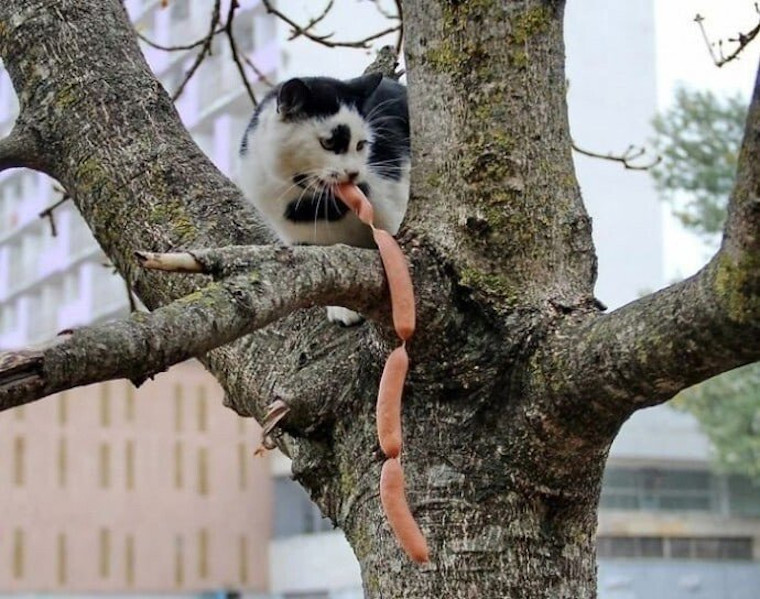 Cat! If you eat my food you become my food!
Honey, we're having tacos tonight.
Firearms stand next in importance to the constitution itself. They are the American people's liberty teeth and keystone under independence … to ensure peace security and happiness, the rifle and pistol are equally indispensable … the very atmosphere of firearms anywhere restrains evil interference — they deserve a place of honor with all that's good."
George Washington

Well, I found the problem 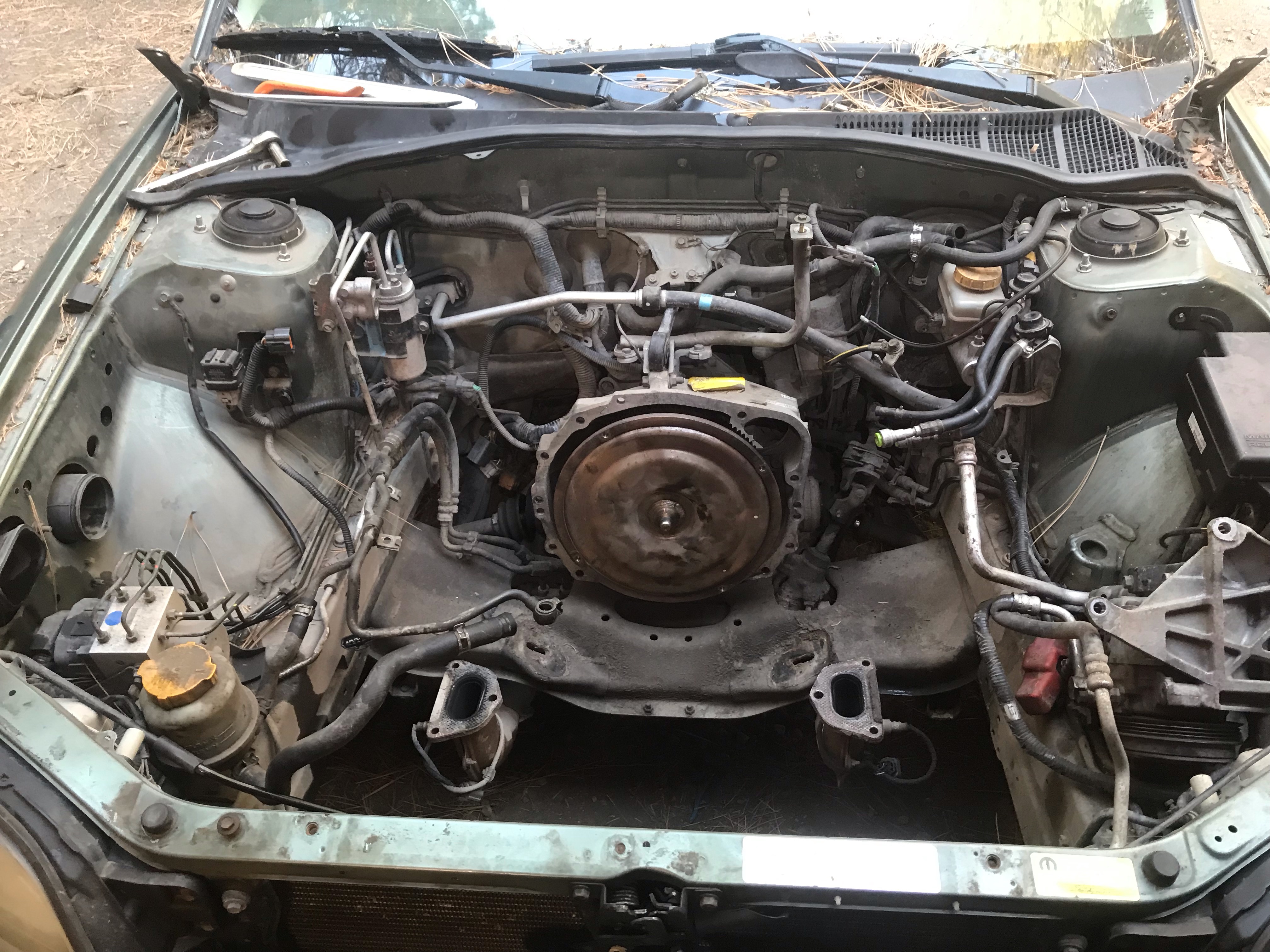 Location
3rd Rock from the Sun

Someone has invented an easier way to change the oil right? 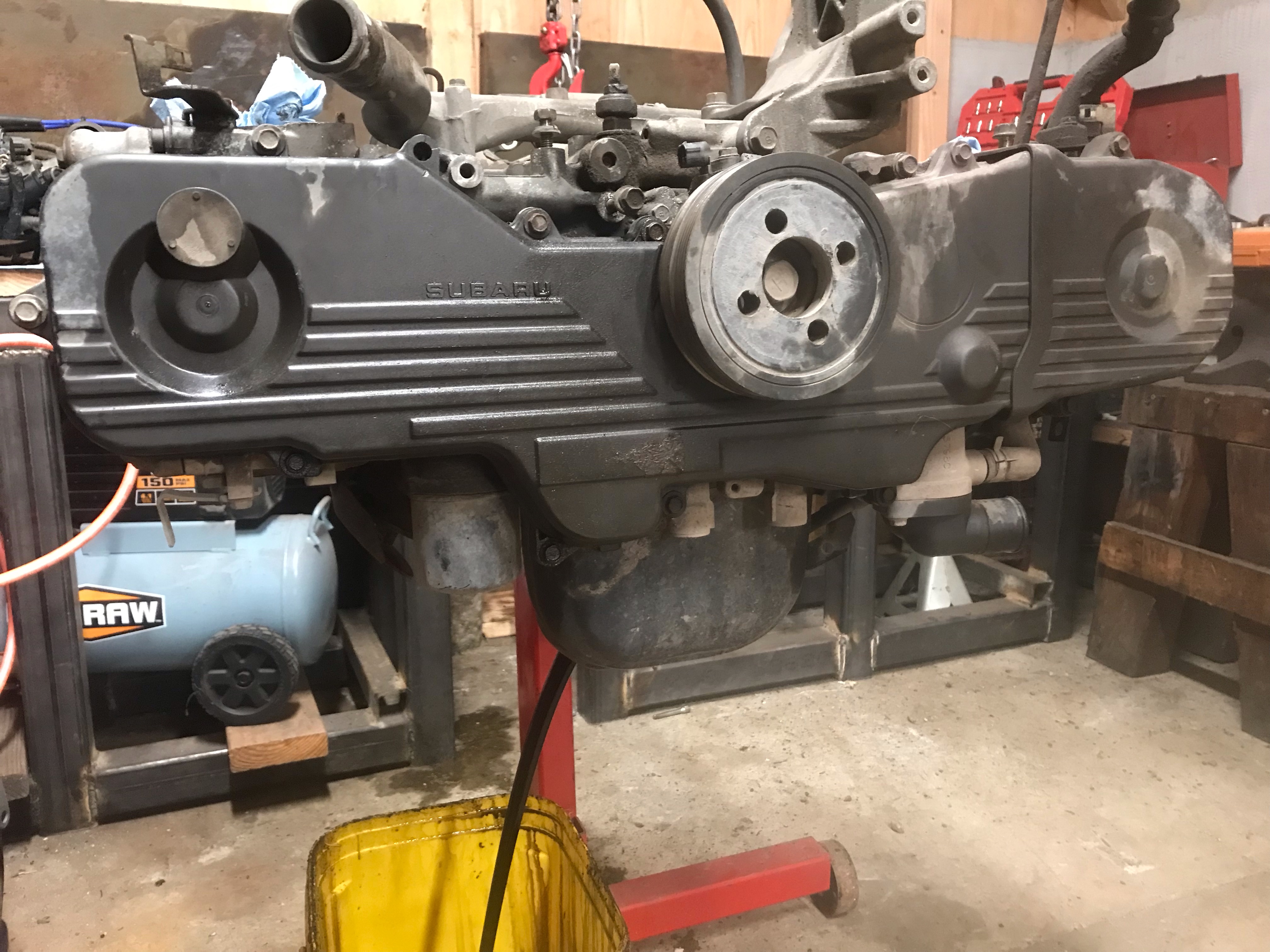 Aerindel said:
Someone has invented an easier way to change the oil right?

That is one weird engine. Like a liquid-cooled OHC VW engine. So, what is wrong with it?
There are 2 kinds of people in this world, ones that talk about other people, and those of us that give them something to talk about.

Supervisor42 said:
That is one weird engine. Like a liquid-cooled OHC VW engine. So, what is wrong with it?
Click to expand...

Its a Subaru SOHC engine.

Leaking headgasket. Exhaust is getting into the coolant.

I replaced the headgasket once already, six years ago.

Leaking headgasket. Exhaust is getting into the coolant.
I replaced the headgasket once already, six years ago.
Click to expand...

I've seen your posts about a known weak point in the engine design in the past. A known failure to their engines. Is this the issue you've posted about before?

The reason I ask... I've looked at a couple of used subaru's lately. I have a shop and have rebuilt lots of engines but... Is this issue straight forward? Good documentation, service manuals?

Or is it a gigantic, frustrating, pia repair?

With some companies, a major engine repairs are straight forward, no surprises, just have to turn and burn.

Other companies, well, 2 things are clear 1) it was designed by 9 engineers and no 2 spoke the same language. And 2) repairs are best done while skipping rope, giving your left ear a wet willy with your right little finger and singing "Battle Hymn of the Republic", in Latin.

An exaggeration but anyone whose swapped more than a few engines knows what I mean. Some designs are just poorly done and are very difficult to work on.
Last edited: Oct 18, 2021
Audemus jura nostra defendere

I've uncovered the holy of holy's.....the magical inner workings that man is not meant to see......unless he is having a bad day... 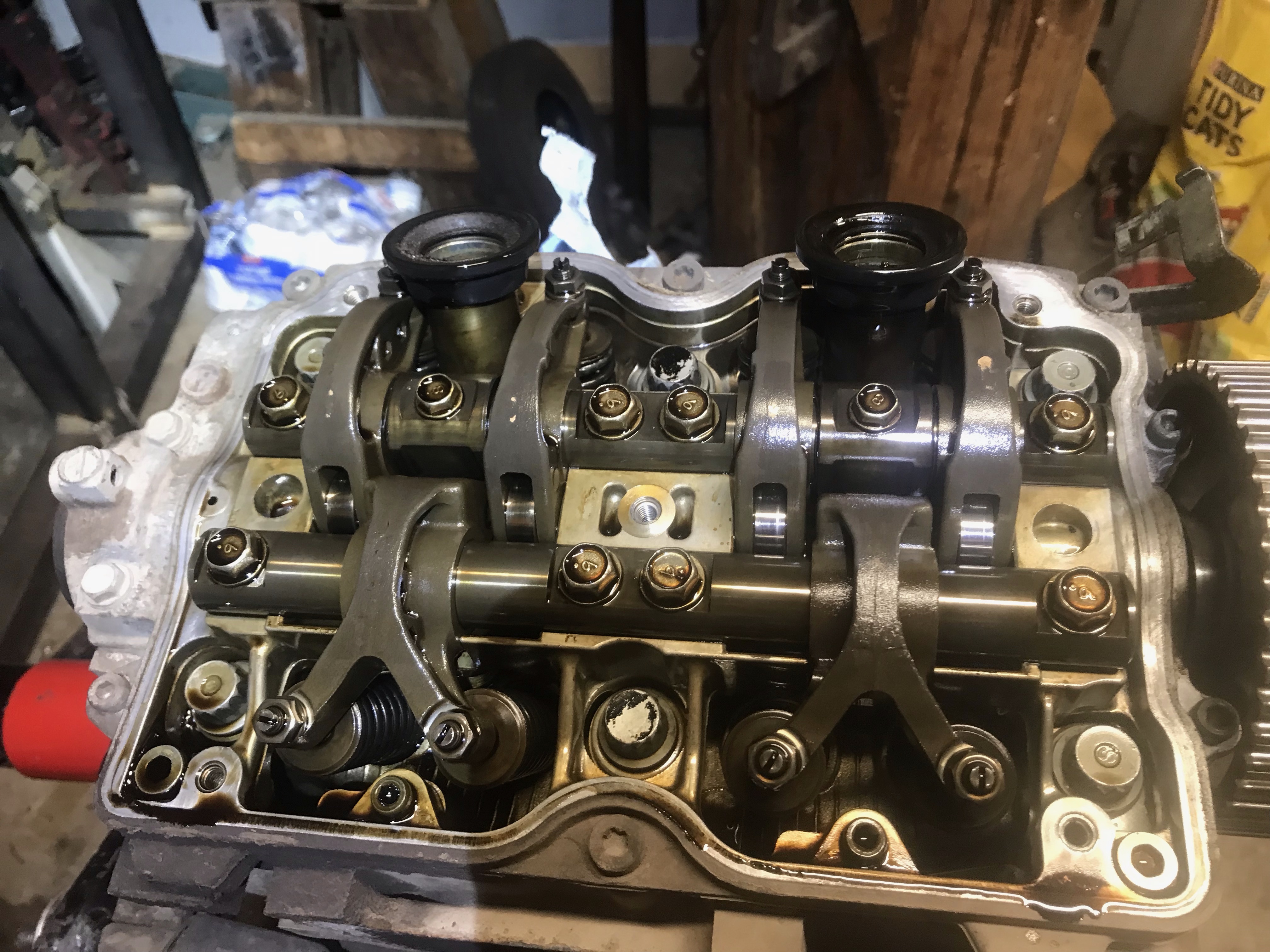 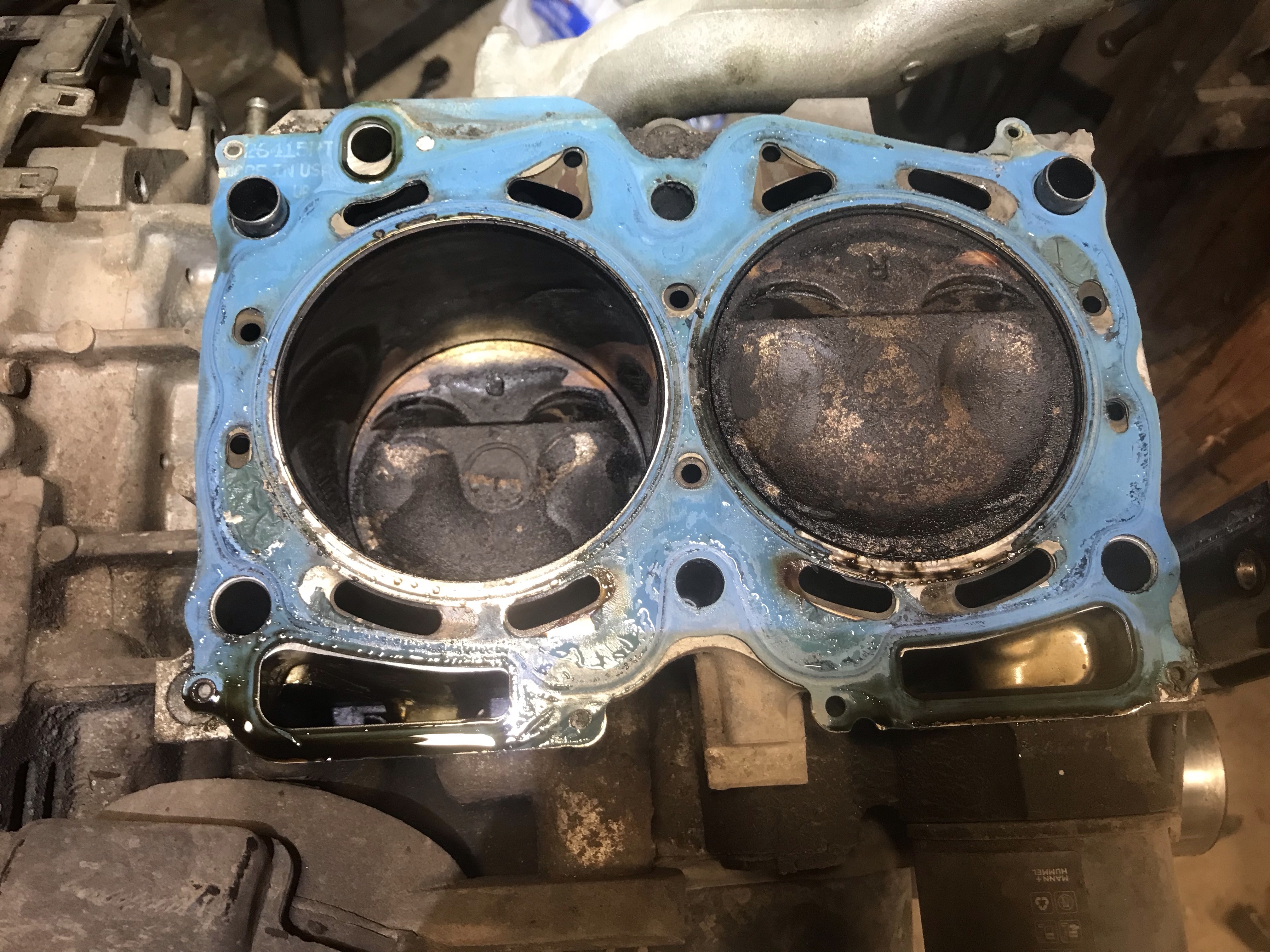 I have seen that design problem on many other engines, just not a Subaru.
I don't want to clutter up the photo thread on how to fix it for good. Need another thread for that.
There are 2 kinds of people in this world, ones that talk about other people, and those of us that give them something to talk about.

Just a Canadian trucker...awesome one 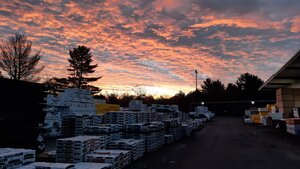 Why couldn't the bicycle stand up by itself?


It was two tired!

Sunrise over my cow pasture. 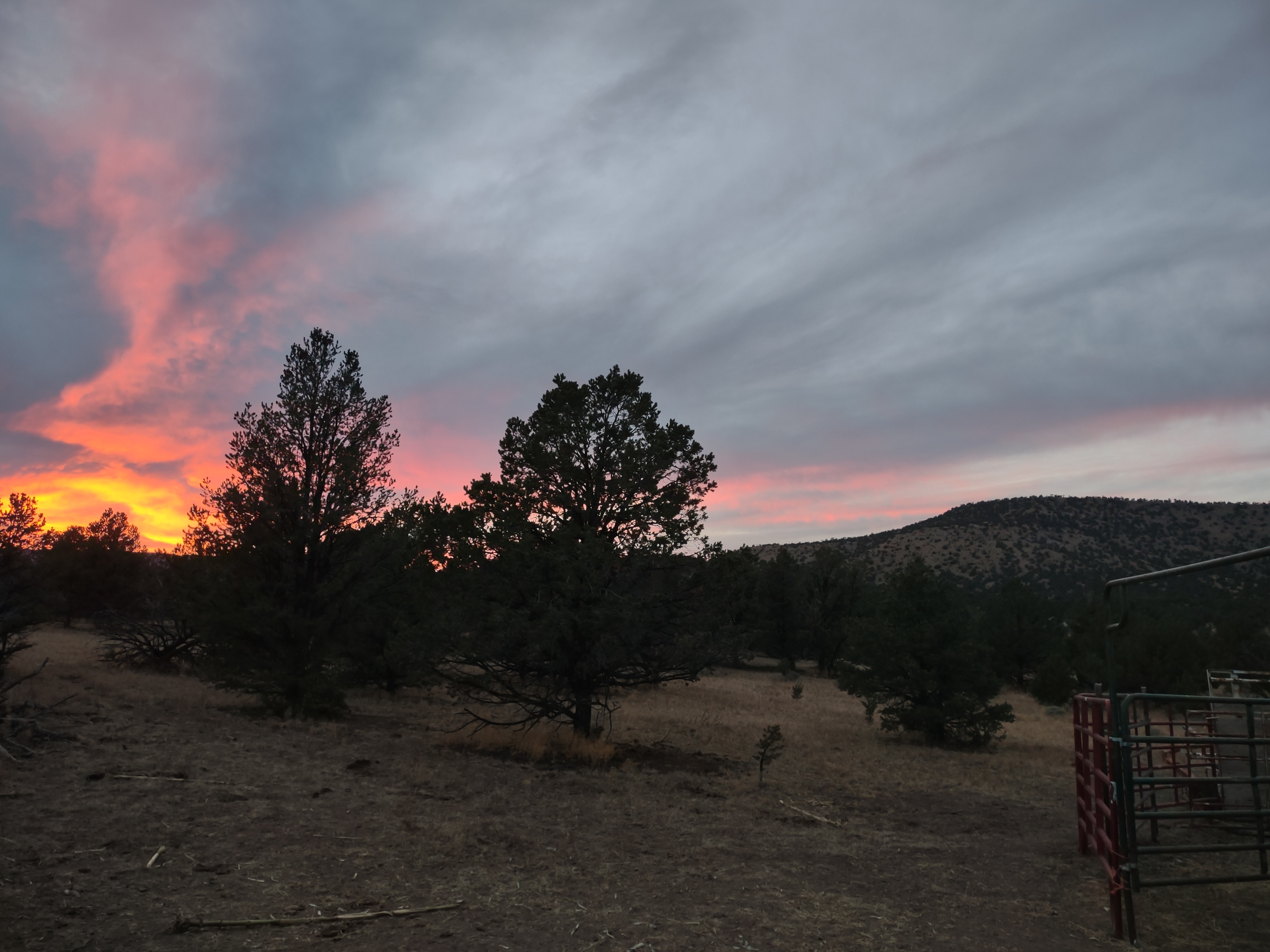 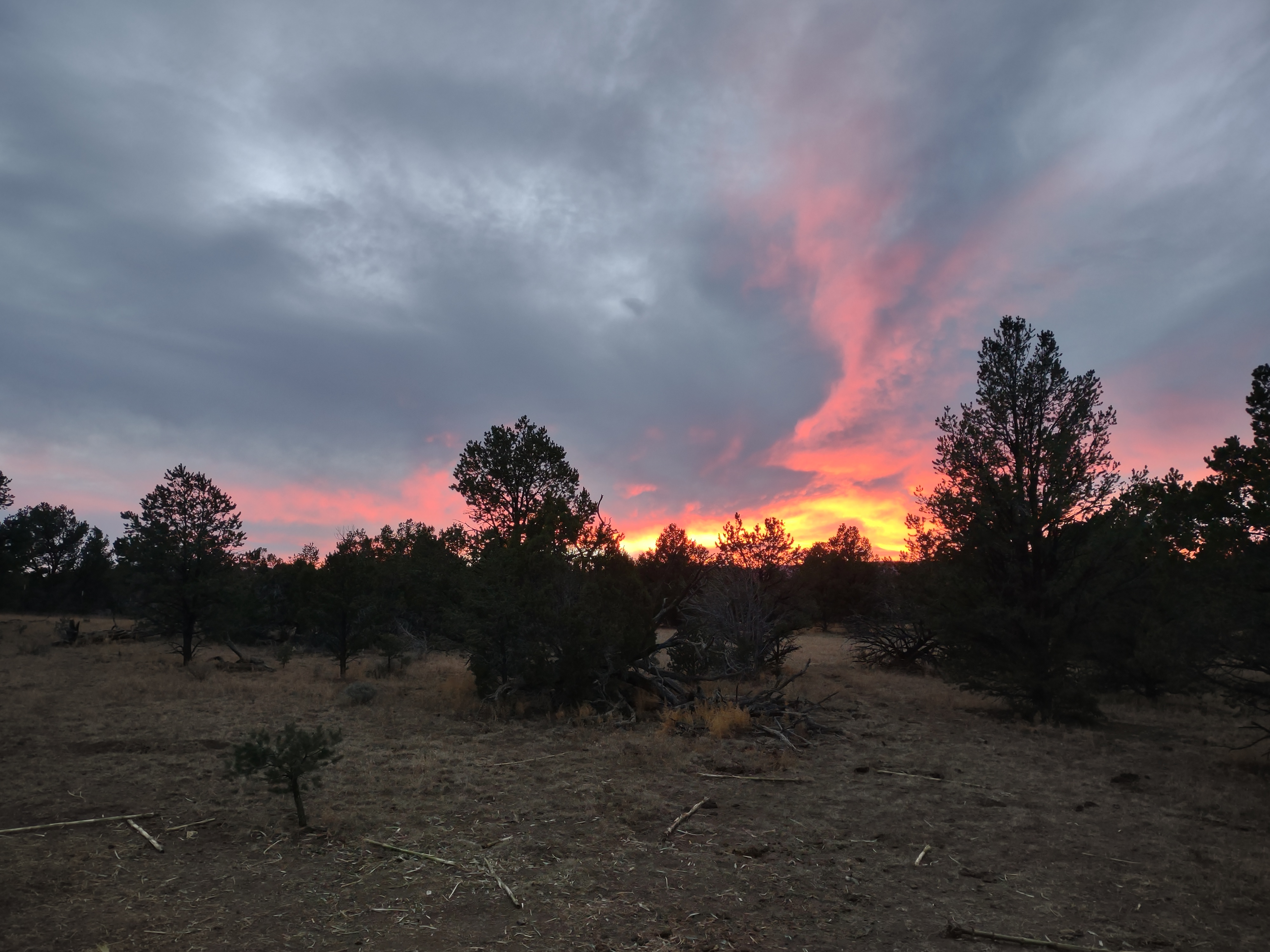 Gone crazy, back soon.
My preferred pronoun is “Your Majesty”

3 More pumpkins from that tv show. I saw a few minutes of it again the other night. The show is silly, some kind of contest. But the carvings and the folks doing it is amazing. I'd sit and watch for an hour if it were just the carvers. But they only show a few seconds here or there. 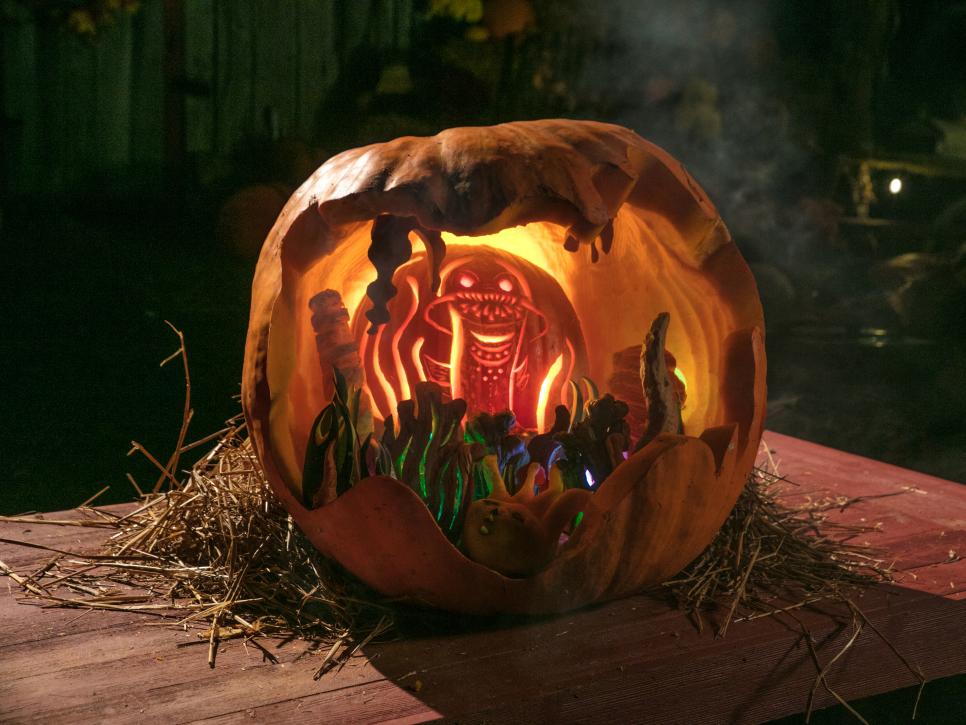 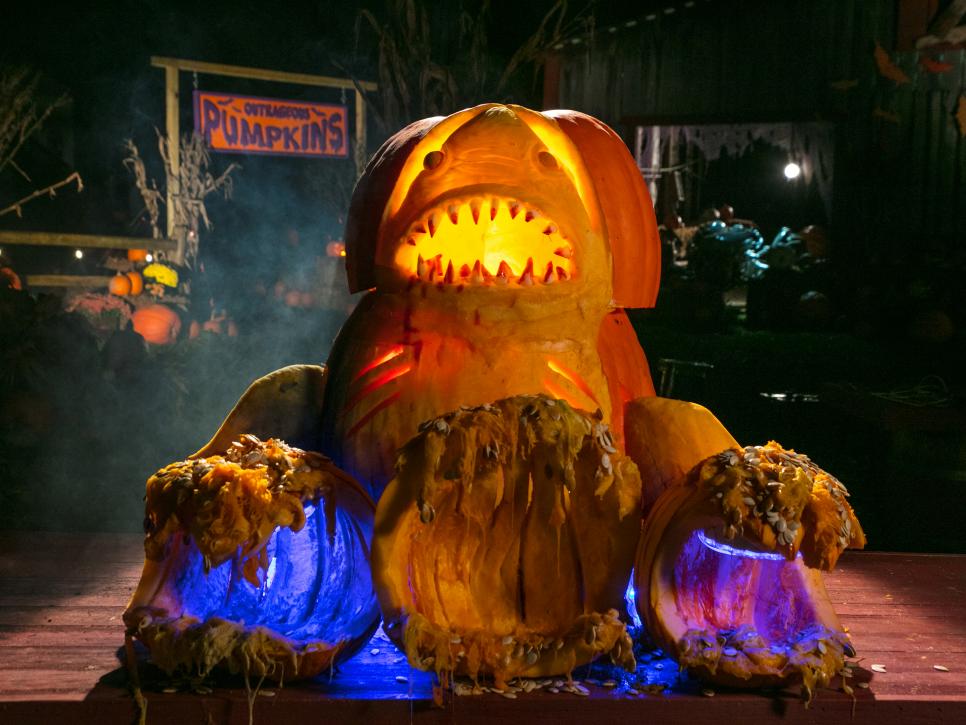 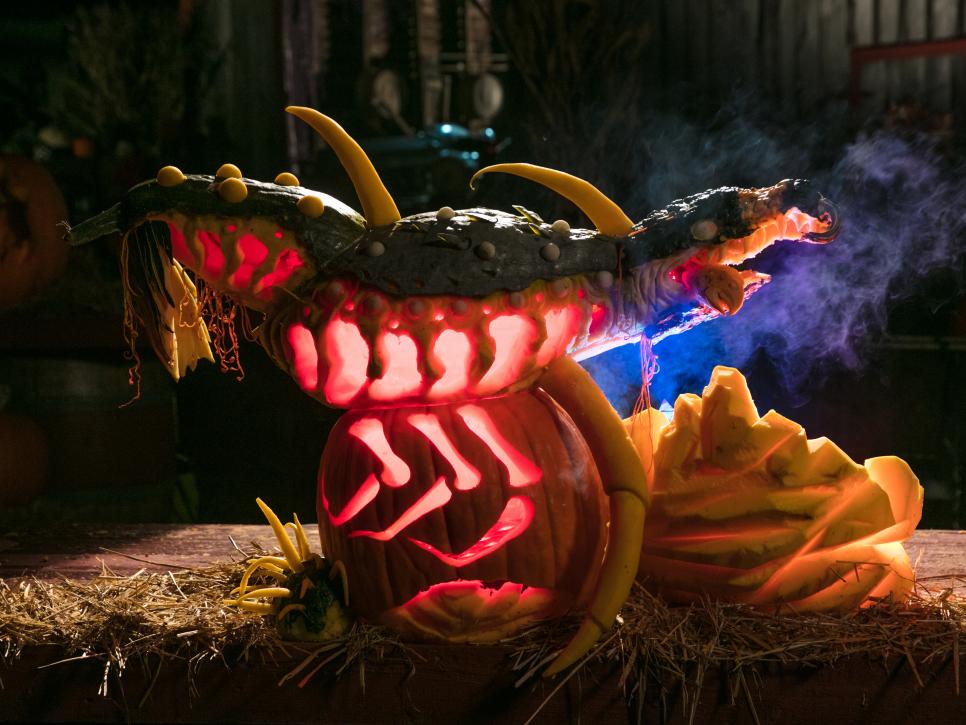 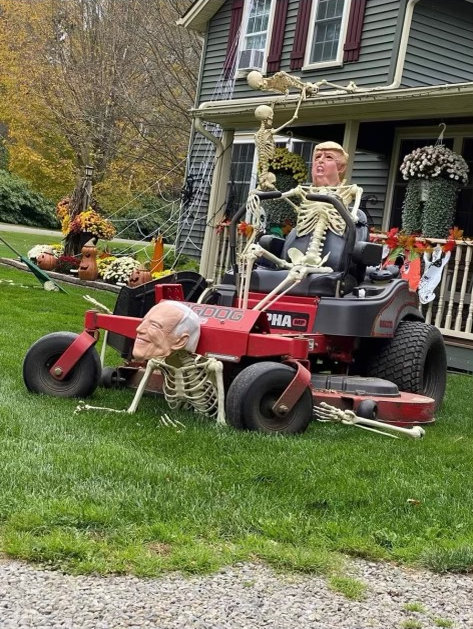 My friend's mom caught a "mud puppy". I managed to snap one picture of it. She said she was going to release it near a wet area. I hope she didn't forget about the poor thing. I did not take pics of the asbestos tiles in the house she was cleaning out though. I didn't want to linger in there. I pointed out they were asbestos tiles & she acted like it was no big deal. She's going to clear them out. She's not the brightest bulb.
But here's the shot of the mud puppy (salamander w/ tiny legs) 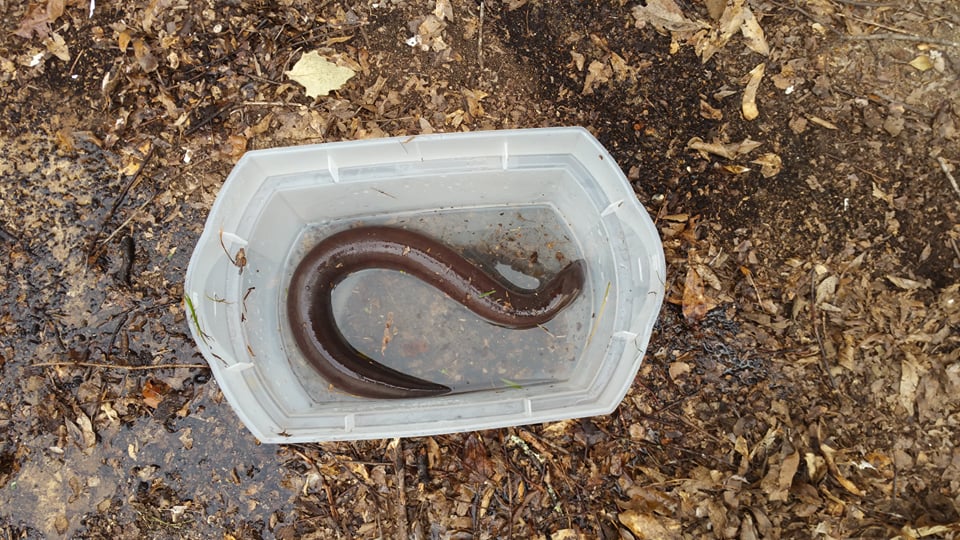 @zannej It's been ages since I turned over rocks in a stream. As a kid we were always in the creek finding salamanders or crawfish. 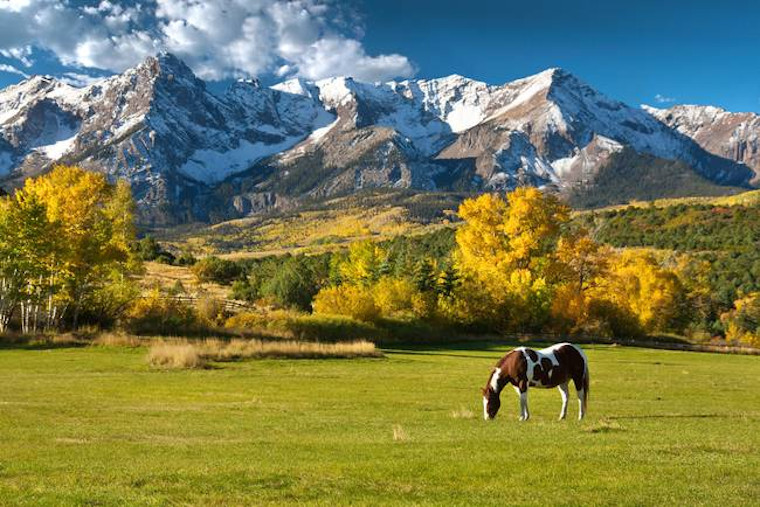 I had a old barrel racing horse for a few years, was the fastest horse I've been on. He was 3/4 kentucky racing stock and 1/4 quarter horse. His quickness was gone but when he stretched out those long legs he could run!! 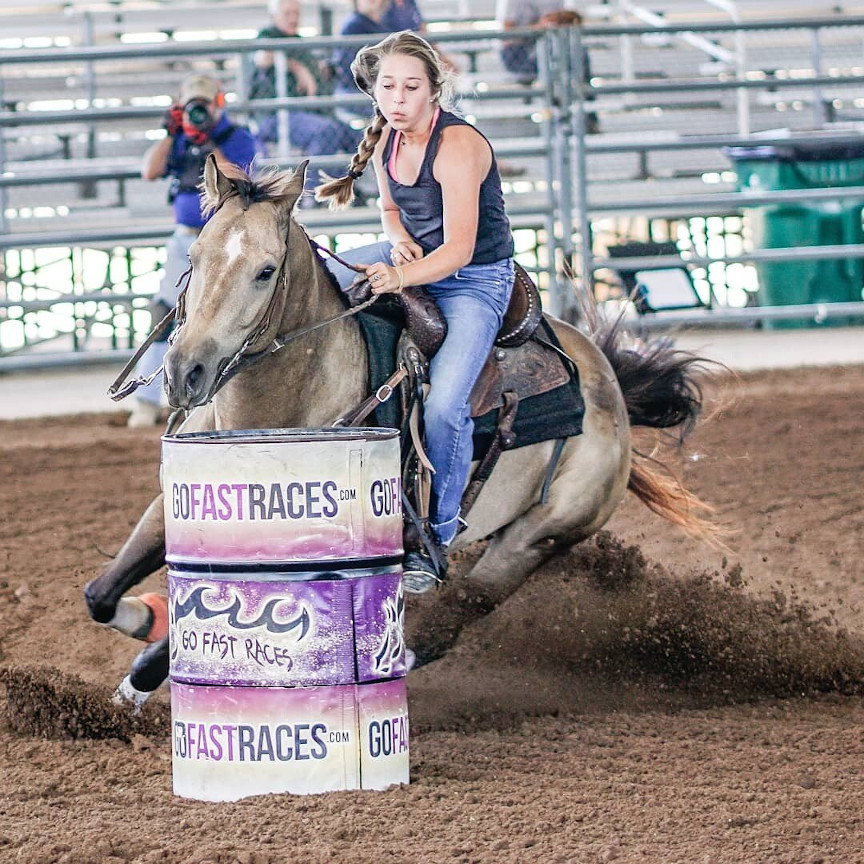 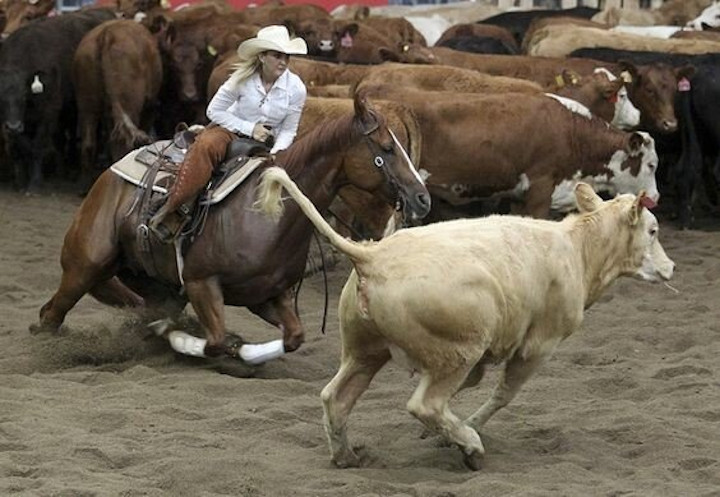 That horse is getting it. Great pic

Here are my two big critters. They came over for a visit today even though they hate a tractor. Since dad got sick I no longer have time for them. My donkey came over and "swapped breath". It's a way donkeys greet each other and people. My horse likes to lick me like he's a really big dog. 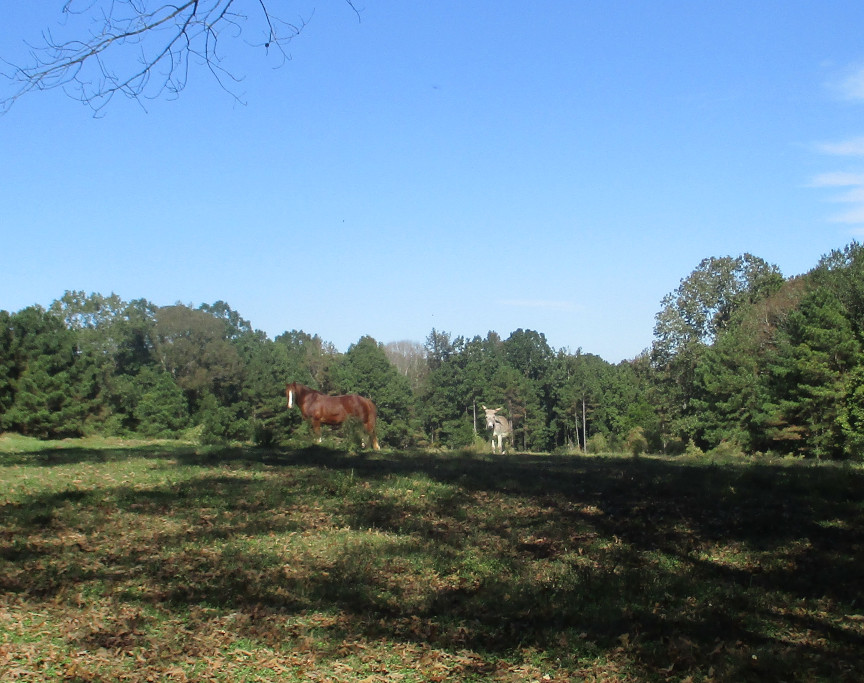 I had a couple more horse pics... 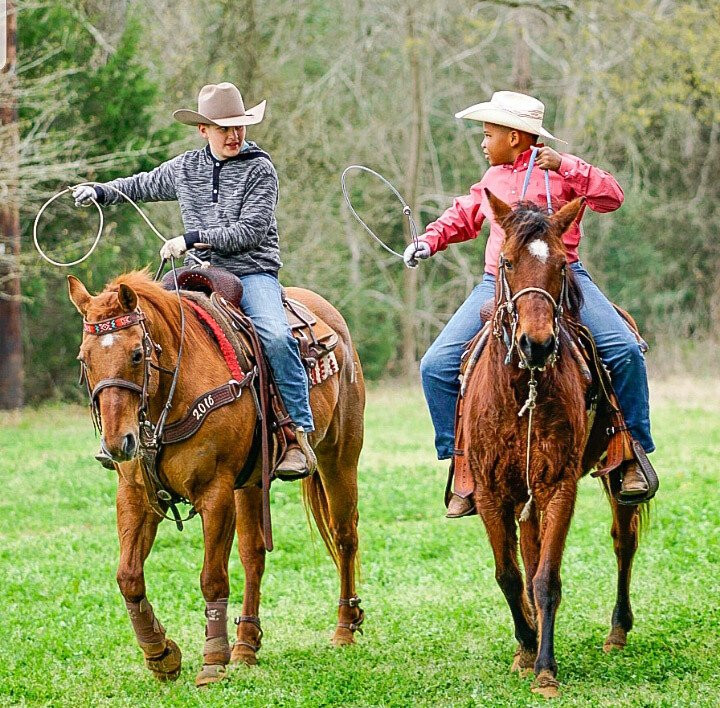 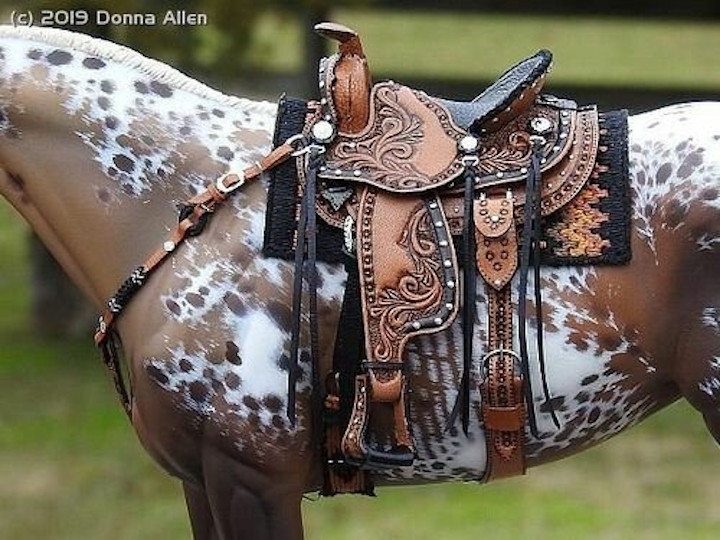